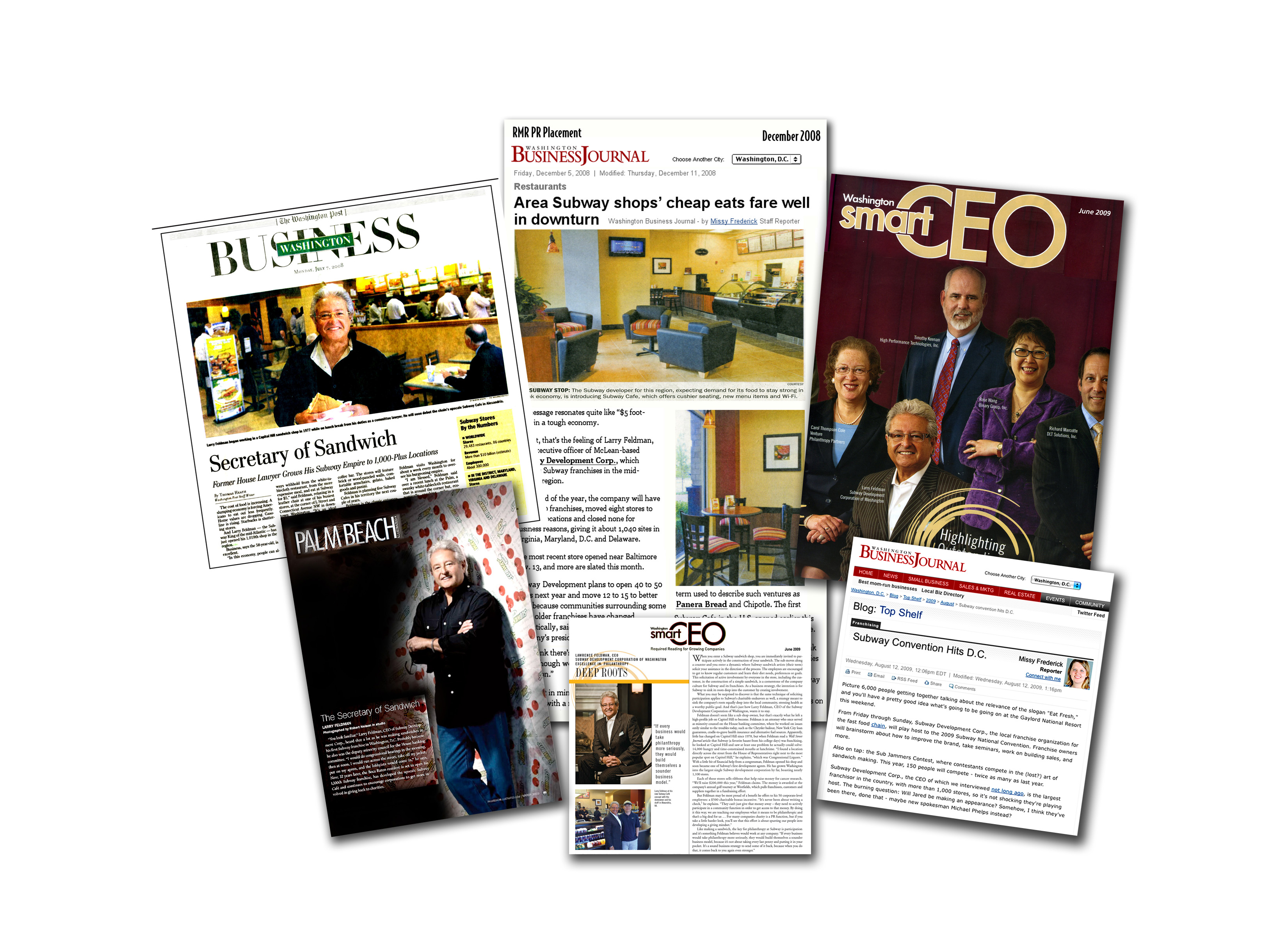 The Subway Development Corporation of Washington (SDC) is responsible for managing the Subway restaurants in Maryland, Washington D.C., Virginia and Delaware. The SDC was founded in 1978 by Larry Feldman and now manages over 1,100 stores, making them by far the largest development corporation in the company.  Larry has always made sure the SDC was involved in giving back to the community, giving to multiple organizations including the American Heart Association, the Special Olympics and Children’s Hospital.  Larry makes sure his employees are involved with the philanthropic efforts as well.  Each SDC employee is given $500 to give to the charity of their choice but they are not allowed to just cut a check, they are required to get involved with that charity as well.

Larry and the SDC have been passionate about raising money to find a cure for Breast Cancer (and all types of cancer).  In an effort to raise money, every year the SDC staff and Franchises hold a Subway Charity Golf Classic Tournament.  The tournament usually takes place in late September in Virginia and has taken place in the past at Westfields Golf Club in Clifton, VA.  In addition to the golf tournament, fundraising efforts start in May-June at each of the 1,100 Subway stores in the region.  In an effort to raise money, customers at Subway restaurants have an opportunity to purchase pink ribbons for $1 each to create awareness about the risks of breast cancer.  RMR was responsible for public relations support in all of SDC’s outreach efforts.

In 2008, the SDC was able to raise $150,000 through the golf tournament.  In 2009, through the sale of the pink ribbons alone, Subway was able to raise $190,000.  The total amount raised for The American Cancer Society through the golf tournament was $220,000 in 2009.  This marked a key milestone, as that brought the total raised by Subway for the American Cancer Society through the 12 years of the Golf Tournament to $1.3 million dollars.  The golf tournament is something that Subway continues to do on an annual basis and as of this year the tournament now benefits the American Diabetes Association.  As part of the fundraising efforts, the stores in the SDC’s region of Maryland, Washington D.C., Virginia and Delaware are selling hand pin-ups to raise money for the cause.